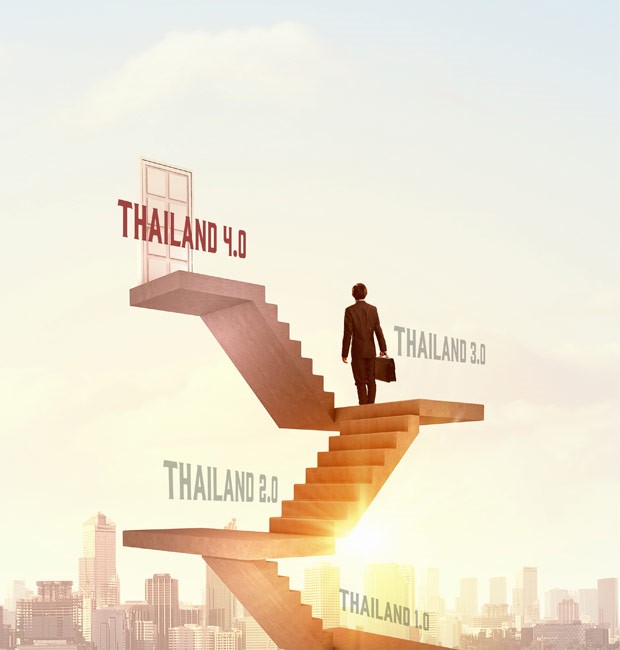 Many countries around the world have recently rolled out innovation strategies to boost their economy. The Obama administration unveiled “A Nation of Makers” last year to support Americans to turn ideas and solutions into reality; the United Kingdom has been promoting its “Design in Innovation Strategy” to support British businesses to innovate better and grow faster; China announced its “Made in China 2025” policy to comprehensively upgrade Chinese industry; India launched its “Make in India” campaign to attract capital and technological investment; and lastly, South Korea is building a “Creative Economy” to transition to an advanced innovation and provide new engines of growth.

Thailand is no different with the launching of the “Thailand 4.0” campaign by PM General Prayut Chan-o-cha which is a new transformation economic policy of the country. Under this policy, Thailand is focusing on becoming a value-based and innovation-driven economy by moving from producing commodities to innovative products; emphasizing on promoting technology, creativity, and innovation in focused industries; and moving from a production-based to a service-based economy. Major investments in infrastructure are underway including railway and airport upgrades, high-speed rail, roadways and the Eastern Economic Corridor (EEC) as part of the government’s efforts to make Thailand one of the most preferred investment destinations in Asia.

In order to promote the country’s development in accordance with the government’s policy to become “Thailand 4.0”, the Office of the Board of Investment (BOI) is the government agency playing an essential role in promoting investment in Thailand and propelling the Thai economy in accordance with the 12th National Economic and Social Development Plan, which puts emphasis on developing human capital, science, technology and innovation as well as strengthening the country’s economy. Under the Amended Investment Promotion Act, which entered into force on 25 January 2017, the BOI has specified 10 targeted industries and gives first priority to “Human Resources and Technologies”.

The main objective of this Amended Investment Promotion Act is to grant maximum incentives to projects in high-tech industries, which are categorised as follows: 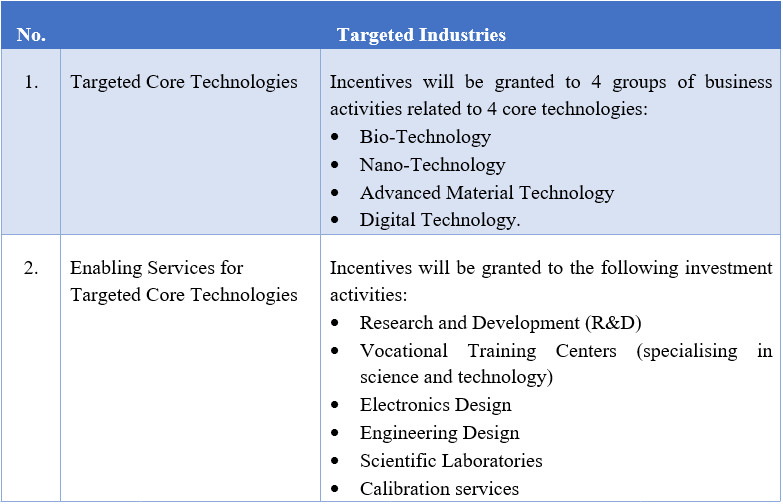 A summary of incentives under the Amendment of the Investment Promotion Act is as follows:

If you have any questions or require any additional information, please contact Threenuch Bunruangthaworn or Phattharachai Asawaprecha or the ZICO Law partner you usually deal with.