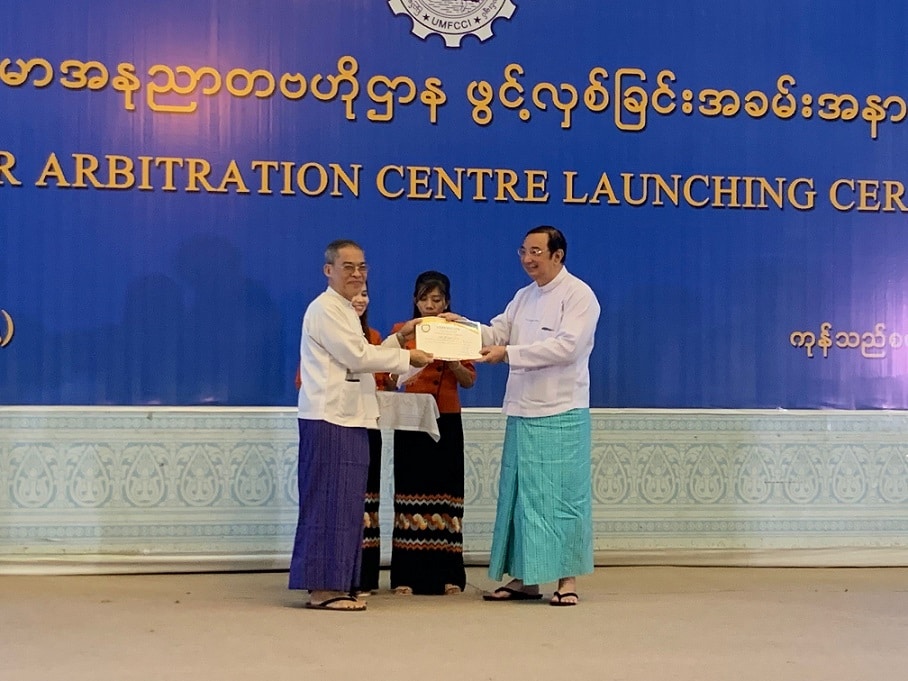 ZICO Law Myanmar Executive Chairman Dr Maung Maung Thein has been appointed Chairman of the new Myanmar Arbitration Centre (MAC), which was officially launched on 3 August 2019 in Yangon. Dr Maung was also elected as President of the Myanmar College of Arbitrators, an organisation that will select, train, and certify industry veterans to become arbitrators.

The MAC was launched by the Union of Myanmar Federation of Chambers of Commerce and Industry (UMFCCI) to which Dr Maung is a consultant. The MAC was established to boost the use of arbitration as a method of dispute resolution within Myanmar and to train a new generation of local arbitrators.

We hope the launch of the MAC ushers in a new era for local and foreign companies to more conveniently and efficiently resolve their disputes.

A Seminar on the Women Bright Program