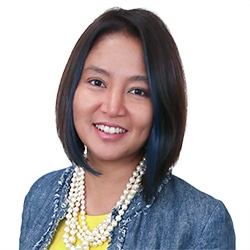 Hanim is the Regional Managing Partner of the ZICO Law network and heads the Corporate M&A practice group at Roosdiono & Partners. Now based in Singapore, her 24 years of regional practice experience includes being resident in Malaysia, Japan and Indonesia where she specialised in major infrastructure project financing and M&A deals in aviation, banking, insurance, mining, oil and gas, plantations, and property.  She is also well-versed in cross-border securitisation deals, structured financial products, and Islamic finance, where she has represented the interests of investors from Asia, the US, UK, and Europe in key onshore and offshore multi-currency transactions.

She has been recognised as a ‘Leading Lawyer’ in Indonesia, in Corporate & Commercial, Cross Border, Mergers & Acquisitions and Project Infrastructure Finance (Islamic Finance News, 2011, 2012, 2013) as well as a ‘Leading Lawyer’ by Asialaw Profiles in 2015, 2016, 2017 and by IFLR 100 in 2017. She has written articles and essays including ‘A Giant in the Making – Recent legal and regulatory developments for Islamic banking and finance in Indonesia’ in Guide to Islamic Banking and Finance (Imperial College Press, 2010).

Hanim’s experience in Japan includes five years in corporate and banking practices at a leading Japanese law firm where she also worked on various award-winning deals as recognised by Asia Business Law Journal and Asialaw and Thomson Deal Watch. Hanim is frequently invited as a speaker at global conferences and seminars relating to M&A issues, foreign direct investment, and law firm management strategies. She is currently the Vice-Chair of the International Bar Association Law Firm Management Committee and Immediate Past-Vice President of the Malaysia Chambers Jakarta. Recently, she was appointed as Senior Fellow of CIMB Asean Research Institute (CARI) and recognised as one of Financial Times’ ten pioneers of new legal thinking at the Asia-Pacific Innovative Lawyers in 2018.

© 2020 ZICO
This site is best viewed in Google Chrome. All rights reserved. ZICO refers to an integrated network of multidisciplinary professional services firms, separately constituted and regulated in accordance with relevant local regulatory and legal requirements, and ZICO Law refers to the ZICO Law network and/or one or more of its member firms, each of which is a separate legal entity.
This website uses cookies. To learn more about cookies and how we use them on our website and how to change your cookie settings, please view our Cookie Policy. By continuing to use this website without changing your settings, you consent to our use of cookies in accordance with our Cookie Policy.    OK