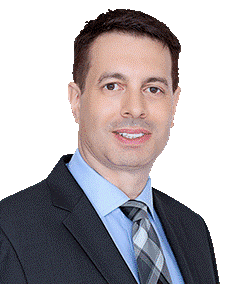 Kevin is an accomplished U.S. lawyer who has over two decades of experience, with more than 15 years as a registered foreign lawyer in Vietnam. He has worked with corporate clients on a variety of matters in both the U.S. and Vietnam. In Vietnam and regionally, Kevin often presents at conferences on issues related to property development, infrastructure, and energy-related projects.

Kevin was admitted as a lawyer in the State of Connecticut in 1998 and then admitted in the District of Columbia in 2001. He became a Registered Foreign Lawyer in Vietnam in 2004. He initially worked at prestigious law firms in the US, first at Day Pitney and then at Bracewell, before joining Phillips Fox in Vietnam in 2003. Kevin later joined Mayer Brown JSM and was promoted to partner two years thereafter. In 2013, Kevin joined as a partner of Vietnam International Law Firm (VILAF) until his departure in 2018 to join the new executive management team at ZICO Law in Ho Chi Minh City.

Coupled with the rapid growth in the economy, development in capital markets, and […]
> Read more

Coupled with the rapid growth in the economy, development in capital markets, and […]
> Read more

© 2020 ZICO
This site is best viewed in Google Chrome. All rights reserved. ZICO refers to an integrated network of multidisciplinary professional services firms, separately constituted and regulated in accordance with relevant local regulatory and legal requirements, and ZICO Law refers to the ZICO Law network and/or one or more of its member firms, each of which is a separate legal entity.
This website uses cookies. To learn more about cookies and how we use them on our website and how to change your cookie settings, please view our Cookie Policy. By continuing to use this website without changing your settings, you consent to our use of cookies in accordance with our Cookie Policy.    OK