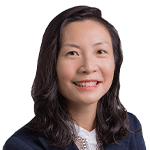 Yu Lin’s background is in mergers and acquisitions and has worked on deals in a diverse number of industries covering manufacturing, oil and gas, power plants and insurance. She has more than 9 years’ experience in corporate commercial and due diligence work. Her current focus is on project work in the region. Her most recent project in Myanmar includes advising on an airport expansion project.

The Renewable Energy Act: Is Malaysia Powering Up Right?

The Renewable Energy Act: Is Malaysia Powering Up Right?