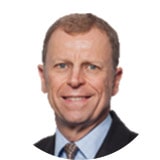 Stuart, popularly known as Stu, has extensive experience in multinational operations throughout Asia-Pacific and beyond. He helmed General Electric (GE) in various leadership roles throughout ASEAN since 1991, and is deeply familiar with market entry strategy, government relations, and business culture in the region. As the CEO of GE ASEAN, Stu was instrumental in opening and developing the key markets of Indonesia, Vietnam, and Myanmar amongst others. Today, Stu is a frequent speaker at business events including contributions to the World Economic Forum, and has even appeared as a guest interviewer on The Apprentice Asia. He is also a highly-respected and recognized business mentor with an interest in leadership development. Aside from the corporate world, Stu is an active volunteer and leader in humanitarian efforts around the region.