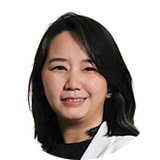 Threenuch is a partner in ZICO Law Thailand.  Her practice focuses on banking and finance, commercial matters, competition law, employment and securities law.

Threenuch has extensive experience in assisting both Thai and foreign multinational clients in setting up their business operations and advising on relevant laws regarding foreign investment in Thailand.  She has been involved in a number of transactions concerning cross border acquisitions and banking facilities between Malaysian commercial banks and Malaysian investors in Thailand.  Threenuch also advises a number of labour legal issues for compliance with Thai labour laws.

Threenuch joined ZICO Law Thailand in October 2007, prior to which she was a Legal Intern in Cohen Stimpert & Ford LLP, Los Angeles, (June 2007) and Legal Officer at the Bureau of Finance and Fiscal, The Comptroller General’s Department in The Ministry of Finance, Bangkok, Thailand (November 2001 – May 2002).

In the new era of politics and governance in Thailand, the military intends […]
> Read more
Qualifications
Publications

In the new era of politics and governance in Thailand, the military intends […]
> Read more
Languages